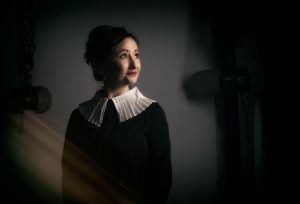 studied Photographic Design at the Photoacademie in Apeldoorn.

A whole career as a photographer passed before she got inspired to work on concepts instead of just making pictures for individuals and business clients.

In the last two years she did realize several series of pictures, one on still lifes with a plastic touch on it, an a series of bodies compared with puddings. One series is still to be finished, called the hundred of Rooyackers.

Her work can be described as a unconventional way of looking at people, objects and is a different way of interpreting a philosophy on the world.

All kinds of new works are in progress, er is a lot more to come.

Ursula is represented by Galerie Annee from Haarlem.